We use COOKIES to make your user experience better.

By staying on our website, you fully
accept it. It's OK

The Main Characteristics of Public and Private Institutions in the USA

If primarily the difference between public and private institutions seems understandable, there are also some similar peculiarities that should be taken into consideration. All accredited institutions have a right to obtain public funds from the government in the form of loans and grants for students. In order to get the federal support, "all schools undergo a peer-reviewed accreditation process by a regional accreditor authorized by the federal government's Department of Education". Therefore, one should pay attention to the level of accreditation when entering the university or college. Taking into consideration the facts mentioned above, one may admit that both private and public institutions have their own similarities as well as differences, but the latter ones predominate. It is also important to analyze the main distributions between public and private universities or colleges. 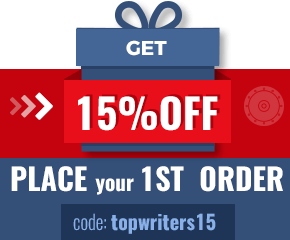 The Main Differences between Public and Private Institutions in the USA

In fact, an appropriate control of the government brings more benefits to the development of the higher education in the USA. The reason is quite obvious: the democratic accountability, as well as, control over the education system, helps to pay attention to various aspects of the higher education, the capability to organize independent student's communities, support of the issues that reflect gender and cultural diversity. "That's because the basic philosophy of a public system is that education is a right, not a privilege and it should benefit all members of society".

One more important issue that should be taken into consideration is the main purposes of private and public institutions. Undoubtedly, the primary aim of the private institution is to "return on investment". Consequently, the tuition and service fees are extremely high. For instance, "The University of Phoenix charges $40,800 for an undergrad degree and up to $20,400 for a grad degree. Lansbridge charges $28,000 for an MBA". Public institutions provide less expensive tuition for both in-state and out-of-state students. The average tuition for in-state students is $4,900-5000, and for an out-of-state student it is $13,400-14,000. One may admit that the difference between the tuition in private and public institutions are obvious. This is the most vital difference between the two types of higher education in the USA.

Speaking about public institutions there is also a wide range of positive benefits. "Growth in private higher education can be explained in terms of either "excess demand" or "differentiated demand ". The private institutions are considered to be the most prestigious. A prestigious future career is opened for the graduates of the private university or college. Moreover, there is the strong and personal relationship between students and instructors in the private universities, because there are specific programs developed to enlarge their communication.

It is worth noting that there are also some disadvantages. On the one hand, public institutions are less prestigious, and sometimes it is impossible to gain some careers after graduation. Furthermore, a huge size of public universities or colleges may separate the student from the educational climate. As a result, students become self-contained and anonymous respectively. On the other hand, the main drawback of the private schools is the difficulty of being accepted to the institution. The number of students is extremely small, and only some can be selected for being educated in the private universities and colleges.

In conclusion, education is considered to be an integral part of the human existence. Therefore, there are various types of higher education in the USA, namely private and public. Both of these types have certain differences as well as similarities. The main similarity is that every institution has to get a degree of accreditation in order to be numbered as a higher institution. Correspondingly, the main differences between public and private institution are the fact that public universities are funded by the government while private ones are financed by the individuals. Nevertheless, both private and public institutions are the main types of higher education, and it is paramount to analyze both types before entering the corresponding educational establishment.

This essay was written due to the amazing compare and contrast paper writing guide.

Compare and Contrast Football and Basketball